Springtime is waterfall season in Yosemite National Park. The snow pack and warming temperatures create a spectacular display of flowing water. Yosemite’s waterfalls usually reach their fullest capacity in May of each year as snow in the high country is melting, this can vary depending on each year’s accumulated snow pack and spring weather conditions. Visitor’s from around the world come to enjoy the show. Many falls in the Valley can only be seen during this time of year. So start early, pack a lunch and make a day of viewing these amazing waterfalls.

Yosemite Valley is the crown jewel of waterfall viewing in the Sierra Nevada. At no other time or place can you find so many major waterfalls in such close proximity. Bring a camera, but make sure it is waterproof and watch out when you are backing up to take that selfie. 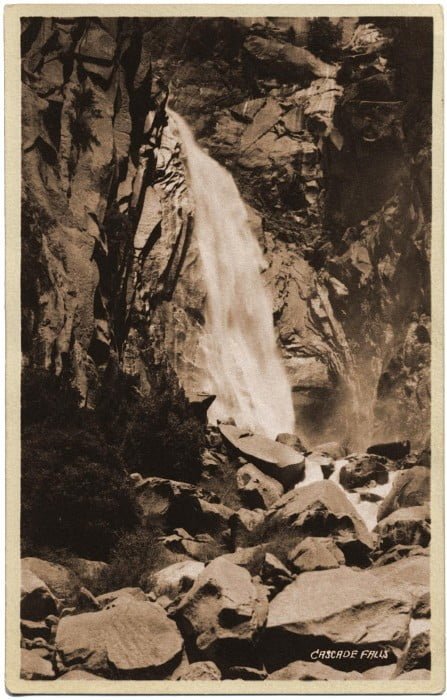 As you enter the Valley your first view is of a thundering Bridalveil Falls. If you are planning to take the short walk to the base of the falls bring rain gear and an umbrella as the mist along the trail will leave you soaked. The Ahwahneechees, Native Americans who lived in Yosemite, called the Falls Pohono, meaning “Spirit of the Puffing Wind”, because of its habit of blowing sideways. Bridalveil Fall is 620 feet high and has water for much of the year.

Look across the way as you are approaching El Capitan for a rarer site. Ribbon Fall, which catapults over 1600 feet is the longest single-drop waterfall in North America. It is fed only briefly by melting snow and thus is dry most of the year, but after very wet winters it can continue to pour well beyond Memorial Day. It is utterly awe inspiring. If you are up to it, there is a hike that leads to its base.

Moving further into the Valley, Sentinel Falls comes into view on your right. Sentinel Falls is actually a long set of cascades that steps over a series of ledges next to Sentinel Dome. On days when the fog hangs low it can take on the appearance of a Japanese painting.

Across the Valley from the Sentinel is the Mother of them all, Yosemite Falls. Experiencing it this time of year is akin to entering another world. Its graceful movement seems to run in slow motion, commanding attention and silence. Hold off for a minute on pulling out your phone and try to imagine what it looked and felt like to the Native Americans that lived here for thousands of years. They called the Falls “Cholock” and made their main settlement at its base. Yosemite Falls is made up of three sections: the Upper Falls, Middle Cascades, and Lower Yosemite Falls. Together they drop a total of 2,425 feet (739m), making it the highest waterfall in Yosemite National Park. Take some time to savor this natural wonder – it will leave you textless.

Further into the Valley, just above and beyond the historic Ahwahnee Hotel (now called The Majestic), look for Royal Arch Cascade as it descends a series of semi-circular setbacks that are the Royal Arches. If you are lucky you will also get a view across the Valley of a very short-lived cascade that flows below Glacier Point each spring. 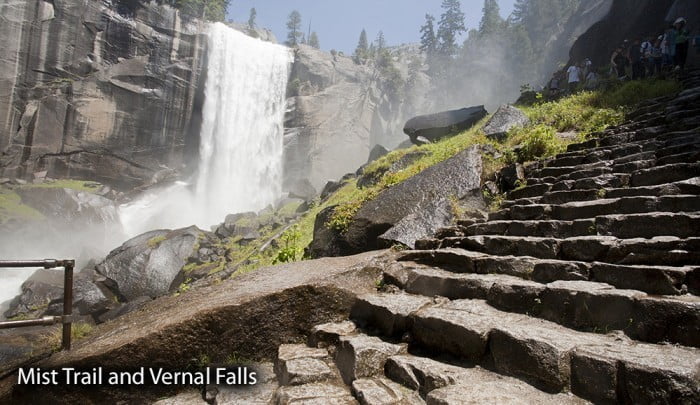 From this point you will need to travel on foot up the Mist Trail that departs from Happy Isles. Plan on making the seven mile round trip hike that will take you to to Nevada Falls. On the way you’ll pass Vernal Falls and gain views of Illouette Falls. This is an extremely popular hike but well worth the effort, try to get here early or later in the day to avoid the crowds.

Yosemite Valley in the spring is truly incomparable and makes for a great day of hiking and sightseeing before or after a Sierra Mac rafting trip on the Merced or Tuolumne rivers.

In 1912, John Muir wrote, “No temple made with … END_OF_DOCUMENT_TOKEN_TO_BE_REPLACED

Sierra Mac - Our first prospectus for 2023 should … END_OF_DOCUMENT_TOKEN_TO_BE_REPLACED